Kalvina has lived at the same public housing development since 2013. She’s popular in her community and known by everyone as a good neighbor. In fact, Kalvina spends most of her days caring for an elderly couple who live in the same complex.

Part of a big family, Kalvina is a great-aunt with eight young nieces and nephews who always come over to visit. Kalvina also has epilepsy, so her sisters, aunt, and neighbors, typically drop by to check in on her. Kalvina never had an issue with a neighbor for over eight years.

In 2021, Kalvina was moved from her unit to one on the second floor. Her new downstairs neighbor claimed Kalvina and her visitors were making too much noise. The neighbor banged on her ceiling with a broom whenever anyone visited, called the police, and complained to the property manager. The police took Kalvina’s side, but the property manager filed for eviction.

Volunteer, Mike Tresnowski, and Public Interest Law Initiative (PILI) Fellow, Nick John, teamed up to represent Kalvina. They each took a deposition. Mike deposed the property manager, getting him to admit that she didn’t have firsthand knowledge of anything and that Kalvina had never had any complaints. Nick deposed the neighbor, getting her to admit that she didn’t want Kalvina to be evicted.

One day after Nick took the neighbor’s deposition, the plaintiff finally engaged in settlement negotiations (after rejecting three previous offers with no counter). Within 24 days, the case was settled, and Kalvina was allowed to stay in public housing – the only housing she can afford given her limited disability benefit income.

Most importantly, Kalvina gets to continue visiting with her family and participating in the community she knows and loves. If the case went to trial, Mike and Nick were prepared to call 14 different witnesses to testify to how respected Kalvina is in the community! 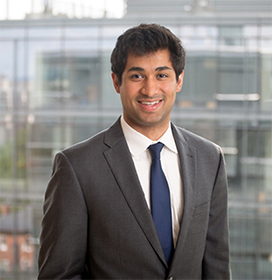 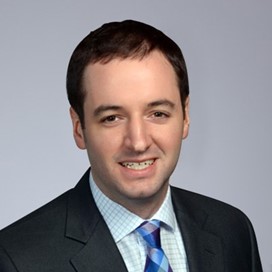