When she reached out to CVLS, S. had been in a housing voucher program for 15 years without incident. S. was sometimes late on rent, but she always paid in full. She cares for her disabled father as an in-home healthcare aide through the Illinois Department of Human Services (DHS). DHS often compensates S. for her work up to a month late, causing S. to be late on her rent.

In 2018, S.’s landlord got upset when S. started complaining about necessary repairs to her unit. He served her a five-day notice for unpaid rent, even though he had always allowed her to pay late. The landlord refused to take any additional late payments and instead proceeded with an eviction, causing S. to lose her housing voucher.

Former CVLS Attorney Matt Hulstein filed a motion to vacate the eviction order, but the landlord got an attorney to fight it. While we initially tried to settle the case with the landlord’s attorney, the landlord refused to come to an agreement. Staff Attorney Dan Quarfoot proceeded with the next step of litigation and threatened to pursue other claims.

Dan negotiated a settlement with the landlord’s attorney that allowed S. to pursue her motion to vacate the eviction in exchange for waiving the other claims. He then convinced the eviction judge to grant the motion to vacate and persuaded the housing authority to reinstate the S. into the program!

Throughout this entire process, S. has continued to care for her disabled parent and now, a newborn child. Thanks to CVLS, S. can once again afford stable housing for herself and her family. Phenomenal job, Dan! 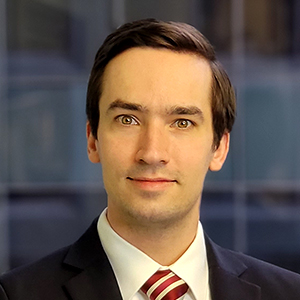