Getting the Facts Straight

Edith came to CVLS with a conundrum. She was being sued for damages caused by a car accident, but she didn’t know anything about the collision, or the parties involved. The plaintiff’s claim was that since the driver was operating Edith’s car, she was responsible. That thing about that is – Edith doesn’t own a car. At least, that’s what she thought.

Months prior to this lawsuit, Edith and her husband were struggling to pay their rent. They worked out an agreement with their landlord. Edith would give her car to the landlord in exchange for forgiveness of her unpaid rent. Unbeknownst to her, the landlord never mailed in the transfer of title forms to the Secretary of State, so Edith remained on title to the vehicle.

Thinking of Edith’s case as a riddle in need of solving, volunteer attorney Jim Costello took Edith on as a client.First he contacted the plaintiff’s lawyer to explain the facts. After hearing Edith’s version of the story, that lawyer  asked Jim to  confirm the facts with an affidavit from Edith and corroboration from her landlord.

Jim set about contacting the landlord’s former attorney, who represented the landlord in Edith’s unpaid rent case. That lawyer validated every representation made by Edith and even offered to submit his own affidavit in support of her. Jim then crafted an affidavit substantiating Edith’s story. With the affidavit in hand,  opposing counsel in the car accident filed a motion to voluntarily dismiss the case against Edith, which was granted. She is now officially out of the case.

After the order was entered, Edith wrote us to express her happiness during a particularly tough time for her family:

I had sleepless nights not knowing what was going to happen .... I prayed every single day and night... I'm in happy tears and lost in words how happy and very grateful I am that you ... helped me through this. Thank you. Thank you for your awesome help. May God continue to bless you.

Moved by Edith’s words, Jim let us know about this pro bono victory and said,

“the work we do at the [Old St. Mary’s CVLS] Clinic does not pay money, but it certainly is not without its benefits. Working with clients like Edith helps reinforce for many of us the reasons that made us want to go to law school in the first place.” 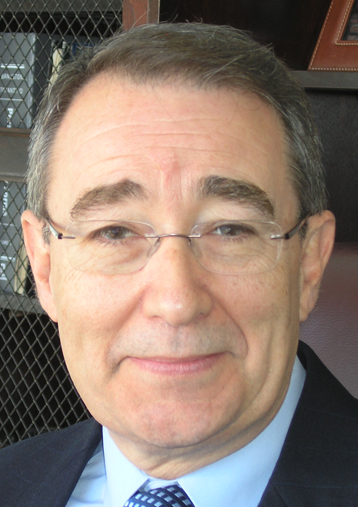