Vet’s License on the Line

CVLS Helps With a Fresh Start

Glenn served his country in the Navy, but now he was having a hard time. He had very little income, and, when the City suspended his Driver’s License for parking tickets he could not afford to pay, he came to CVLS for help. Thanks to our partnership with the Illinois Armed Forces Legal Network (ILAFLAN), CVLS was took care of his problem.

CVLS gave Glenn’s case to Justice Entrepreneurs Project (JEP) Fellow Seth McCormick. JEP is a small firm incubator project, facilitated by the Chicago Bar Foundation. Solo practitioners who want to start their own socially-conscious law firms partner with the CBF and legal aid to learn how to offer quality representation at a lower price, sometimes called “low-bono”. After a successful career representing larger financial interests, Seth was ready to start his own firm to serve the less advantaged.

Seth helped Glenn file a Chapter 7 Bankruptcy and take part in the City of Chicago’s Fresh Start Program. Although traffic tickets are not normally dischargeable in Bankruptcy, the City’s Self Help Program will forgive the debt for eligible bankruptcy filers, like Glenn. With his debts were discharged, Glenn’s license was reinstated. Thank you, Glenn, for serving our country, and thank you, Seth, for being there when he needed you. 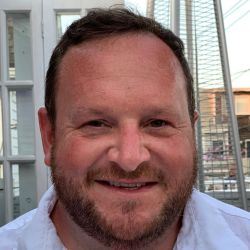