Getting to the Facts

The Strength of a GAL

A storied volunteer with CVLS, Kevin Hanbury is no stranger to handling complex probate matters. In this case, he was asked to act as Guardian ad Litem (GAL) for a 22-year-old nonverbal adult with autism. The adult’s father had filed a petition seeking guardianship, and it was Kevin’s role to determine what was in the best interests of the adult with a disability.

At the outset, Kevin thought this case might need to be dismissed. The father had filed on his own, was unresponsive, and could not meet several procedural requirements. He also had a felony conviction at the time and was diagnosed with a mental illness.  However, as Kevin learned more about the case,  he learned that the father had performed a valuable service for his adult son and everyone involved.

As Kevin investigated the facts and the parties, he learned that the mother had raised her son since birth. The father had been incarcerated for actions stemming from his mental illness although he was now medicated and stable. Although the father had filed the case because his son needed a guardian he agreed that the mother (his ex-wife) was the logical and best choice. All of the other family members also consented to the appointment of the mother.

Kevin learned that the mother works part-time while caring for her son. It would have nearly impossible for her to pay a lawyer, so her ex-husband’s intervention and CVLS’ appointment were truly a blessing. The father withdrew his petition, and the Court granted mother’s cross-petition, appointing her as guardian.

Both the father and mother were very grateful to Kevin and to CVLS for this outcome. Without the GAL’s intervention, the Court may have been lost in a sea of allegations. Thanks to Kevin’s work on this case, stability was restored for the family. 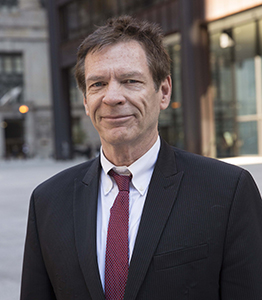