CVLS’ mission is to help not only low-income families but Chicago’s working poor. We are often able to represent clients who earn an income and might not financially qualify for traditional legal aid services. The following story about Mr. B. illustrates why our wider approach to pro bono provides essential legal services to people who cannot afford them.

Mr. B. is an immigrant and a fourth-year engineering student. He and his wife take care of four children in Chicago. While working his way toward a degree to improve his income earning potential, Mr. B. drives a taxicab to support his family.

During a shift in his cab one day, Mr. B. was involved in an accident. Although he had insurance through the taxicab company, the insurance provider was never notified of the other driver’s claim. In fact, the first Mr. B. knew about the claim was when he received notice of a default judgment and his driver’s license was suspended. He learned that he had to satisfy a $3,500 default judgment to get his license back.

Unable to afford the payment and desperately needing his license to keep working, Mr. B. reached out to the CVLS clinic at Old St. Mary’s Church. There, volunteer attorney, Jim Costello, and his associate, Sukhi Kaur, met with Mr. B to evaluate his case. After hearing Mr. B.’s story, Sukhi agreed to take the case on for representation.

After months of negotiations and follow-up with both insurance companies, Sukhi convinced the taxicab’s insurance company to cover half of the $3,500 judgment. Mr. B. struggled to come up with the money but managed to pay. To Sukhi’s surprise, she received a call the next day, that Mr. B. was no longer responsible for any of the claim. The insurance company returned Mr. B.’s money and agreed to vacate the judgment against him.

Mr. B. was studying at the university library when he got a call from Sukhi with the good news. He could not believe it. Through the representation of one of our attorneys, Mr. B. received an incredible financial relief and recovered his livelihood. He can now focus on bettering himself and supporting his family. 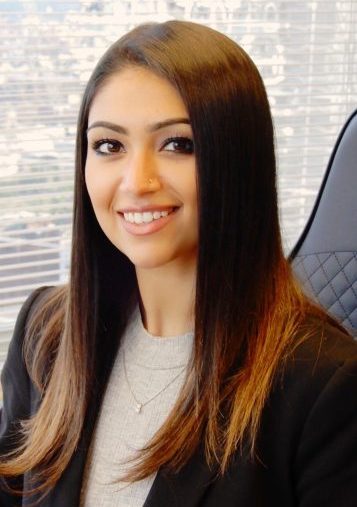