Lou to the Rescue

In Adult Guardianship cases, CVLS volunteers are often called upon to act as Guardians ad Litem (GALs) to represent the best interests of adults with disabilities. It is the GAL’s role to investigate the parties and facts of each case, and to ensure that the adult is cared for in a way that is comfortable, safe, and appropriate.

Last July, the Court was notified of the possible mistreatment of an adult named Jeremy who is diagnosed with Autism Spectrum Disorder. An Adult Protective Services (APS) caseworker visited the home and noted that the home may be unfit. Jeremy had been under the co-guardianship of his parents. The Court appointed CVLS as GAL to investigate these allegations and prepare a written report. CVLS assigned the case to volunteer, Louis “Lou” Aurichio.

Lou began by reviewing all of Jeremy’s records and visiting the family home. After meeting with Jeremy and gathering all the necessary information, Lou set out to draft a detailed GAL Report to the Court. He found that the family had been in crisis for quite some time. Jeremy’s condition had deteriorated as a result, and changes needed to be implemented as soon as possible.

Through his investigation and working with the family, Lou was able to negotiate an agreement in which one of the guardians resigned. Jeremy was also provided with much-needed services, including enrollment in a day program. Lou’s work on this case allowed Jeremy to remain with his family and greatly improve his living situation. Through the day program, Jeremy can once again be connected to his community and begin to rebuild valuable personal skills. 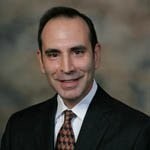