St. Procopius Catholic Church is home to just one of over two dozen clinics run by CVLS in the Chicagoland Community. This clinic meets every second Saturday of the month and is staffed by volunteer attorneys from the nationally recognized firm, Locke Lord LLP.

A client named Silvia came to the clinic, seeking representation in a divorce case. Locke Lord’s Mike Rohan met with Silvia and agreed to represent her. Fortunately  the proceedings were amicable, and the parties resolved  most issues outside of court.

After clarifying his client’s goals, , Mike prepared the necessary paperwork and negotiated with  Silvia’s husband. Once they both agreed on all of the issues, they had a ten-minute hearing in front of the judge and the case was over.

If Silvia had been  unrepresented, this case, as simple as it seemed, would have taken  longer to resolve. Thanks to Mike, a potential headache was resolved with very little fuss. Divorce is often a necessary and expensive burden. Mike was happy that he was able to represent Silvia pro bono so that she and her now ex-husband could move on with their lives. 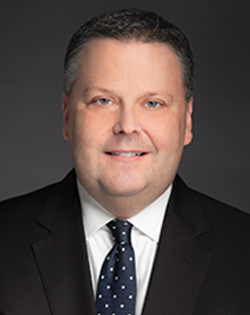