Dealing with an unresponsive landlord can be mentally exhausting and even physically painful. Andrea’s story shows how having a pro bono attorney can make all the difference.

Andrea and her teenage son lived together in an apartment building. After her landlord had some work done on the outside of the building, Andrea noticed bugs in her unit. These turned out to be bedbugs, which unbeknownst to Andrea, had infested a neighboring unit about a year before.

Although Andrea notified her landlord immediately, he delayed having an exterminator come out, causing the problem to get worse. Andrea’s home remedy attempts failed and despite numerous phone, text, and personal pleas to the landlord, she was forced to throw away many of her belongings. Not only did the landlord’s inaction cause property damage and mental anguish, Andrea had to seek medical attention for a bite that became infected. She had no choice but to move out.

On a Monday night after work, Andrea met with volunteers at CVLS’ Jewish United Fund (JUF) clinic to learn about her legal options. Ian Sherman and Christina Brunty of Dykema Gossett were moved by Andrea’s story and took her on as a client. An initial demand letter to the landlord was ignored, so Ian Christina filed suit on Andrea’s behalf for violation of City of Chicago ordinances, negligence, and other theories.

After a certain amount of discovery and expert handling of the case overall by Ian and Christina, the case was settled to Andrea’s satisfaction in April. Thanks to her pro bono attorneys, Andrea was able to financially and emotionally recover from this setback. 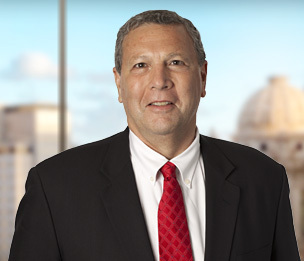 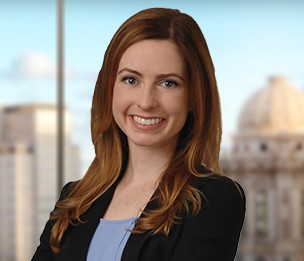