Eric Zhi practices real estate at Kirkland & Ellis but volunteers his free time at the CVLS Chinatown Pro Bono Legal Clinic. Earlier this year, he successfully handled one of their most complicated and interesting cases.

Eric’s elderly client suffers from dementia and ADHD. To make matters worse, she was involved in a severe car accident in 2019. Unable to work, the client has to rely on her daughter for care and support. Her daughter quit her job in Japan and came to the U.S. with the client’s two grandchildren.

While traveling from China to the United States, the client was carrying a significant amount of cash that she did not claim to the U.S. Customs and Border Protection (the “CBP”). The money was all legally withdrawn from her daughter’s bank account to help pay for the client’s medical bills and her grandchildren’s school tuition. The CBP seized the client’s money for her failure to report it.

Eric worked on the client’s appeal to the CBP for return of the funds. To strengthen the petition, he also worked with the client closely to come up with strategies to prevent her from future misreporting to the CBP. The CBP was convinced and agreed to charge only a nominal penalty that the client could afford.

Best of all, Eric was able to get the money back to the client within 30 days of submitting the petition, right when the family was celebrating the Chinese New Year! 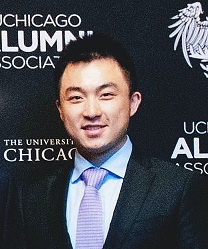